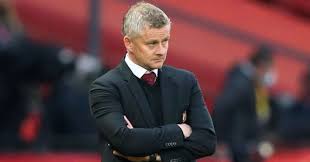 Manchester United will look to replenish their squad this summer as they once again attempt to end their wait for a Premier League title.

Ole Gunnar Solskjaer is likely to look to trim his squad as well as bring in new faces. Express Sport picks seven players United could sell to raise £68.85million towards new signings, according to individual player values on transfermarkt.co.uk.

Dean Henderson was given the nod ahead of De Gea following the Spaniard's return to the match day squad on Sunday.

United cannot afford to have their highest-paid player sat on the substitutes' bench so may look to sell De Gea at the end of the season.

Dalot is set to return to United this summer following a loan spell at AC Milan.

However, his lack of game time in his first full campaign under Solskjaer suggests the Norwegian believes there are better options at full-back.

Jones has not played a single minute of action for United this season due to a knee injury.

The former England international still has over two years remaining on his Old Trafford contract and finding a buyer may prove tricky.

United are reportedly in the market for a central midfielder so Matic could leave to make room in the squad.

Lingard's form while on loan at West Ham could mean United get more than £13.5m for him.

West Ham want to make the deal permanent in the summer and United may not stand in the 28-year-old's way after he was starved of action in the first half of the season.

Pereira still has a couple of years remaining on his United deal but being sent out on loan to Lazio was a big indication Solskjaer does not view him as part of his plans.

The Brazilian has never been a regular at United and is unlikely to ever become one.

Reports claim Mata is set to have the one-year option in his United contract activated despite starting just four Premier League matches this season.

It may be a tactic from United to protect Mata's value and prevent him from leaving for free.