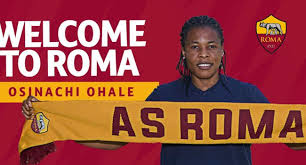 News according to Sports Central has revealed that according to a statement on the official website of Italian Serie A club AS Roma which read that the Roma has signed Nigerian international center-back Osinachi Ohale, who recently defended the colors of the Real Madrid women's team in Spain.

The 28-year-old has reportedly joined the Giallorosse on undisclosed fee and will be the club's third acquisition ahead of the 2020-2021 season.

Osinachi, who has represented the West African side three times at the World Cup, has played for Houston Dash in the United States, Vittsjo and Vaxjo in the Swedish top league before joining Real Madrid in September 2019.

As cited by Sports Central, Ohale said: "I chose Roma because of so many things; so many amazing things about the club, about this city and this country that interested me. "I felt like it would be a great thing for me, to explore and to experience new things and a new challenge."

As a veteran of the Women's Africa Cup of Nations, Ohale has also represented Nigerian clubs Rivers Angels and Delta Queens. 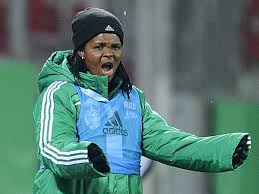 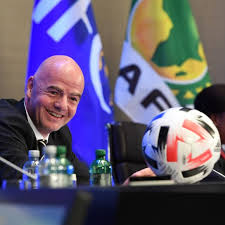