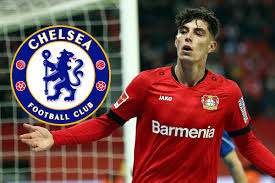 News according to Sports Central has revealed that the 21-year-old German winger will continue to compete for his current club in August as the Blues try to reach their main target.

Bayer Leverkusen director Rudi Voller has confirmed that there is no chance the club will sell Chelsea target Kai Havertz before the Europa League race is over.

Havertz, 21, has received rave reviews for his achievements in the 2019-20 interrupted season and scored 12 goals in 30 games to bring Bayer to fifth place in the Bundesliga.

While Bayern Munich and Real Madrid have been linked with the young German international's achievements, Chelsea appear to be sitting in the driver's seat.

As cited by Sports Central, Goal revealed on Tuesday that the Blues are preparing a formal bid after learning that he prefers a move to London in a bid to reduce Bayer Leverkusen's asking price of €100m (£ 90m / $111m).

However, any agreement must wait till at least the end of Leverkusen European adventure.

As quoted by Sports Central, when asked by Kicker whether Havertz would line up for the club in the Europa League, Voller fired: "It is set in stone. "There is no new stance.

Bayer will resume their Europa League season on August 6 when they host Rangers in the second leg of the club’s round of 16 as they have a 3-1 aggregate lead from the start.

While Chelsea believe the financial impact of the coronavirus pandemic could lead Leverkusen to accept a lower bid for Havertz, Voller firmly believes Londoners will have to pay market value.

He added: "There will be no corona bonus, before admitting: "No matter who the player is, this is a special transfer window.

Chelsea wasted no time getting stronger this summer and sealed the arrival of Ajax's Hakim Ziyech and RB Leipzig's Timo Werner well before the end of the Premier League season.

And despite this considerable effort, manager Frank Lampard is open to new faces. Atletico Madrid goalkeeper Jan Oblak is high on the club's wishlist as Havertz.

As cited by Sports Central, when asked in July about potential recruits in the transfer window, Lampard told reporters: "We'll see. I can't answer that one, we're not there yet. "We have to focus on what's in front of us and we'll see. I wouldn't want to compare it to any other spending summer, we'll see how I feel and we feel as a club and if the squad needs strengthening or the balance needs changing. "If it does and we make moves, great. At the moment we don't know. 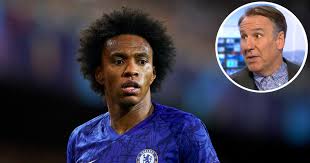